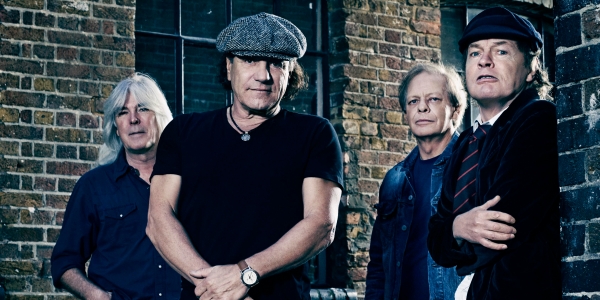 11.01.2015 – AC/DC are back! The rock legends will rock Glasgow, London and Dublin in June and July 2015 and perform a huge concert in each city. AC/DC tickets went on-sale on December 17th and sold out within minutes. Get your AC/DC tickets now.

AC/DC celebrates their 15th studio album ‘Rock or Bust’ and will visit the UK at the beginning of the summer. The first stop is Hampden Park Stadium in Glasgow on June 28th, followed by a gig at the Aviva Stadium in Dublin on July 1st and Wembley Stadium on July 4th. AC/DC tickets for all the gigs sold out within several minutes, but tickets are still available on official reseller platforms.

Rock or Bust was released on November 28th and is the 15th studio album of the rock icons. It lines up with legendary previous AC/DC albums such as ‘Black Ice’, ‘Highway to Hell’ and ‘Back in Black’. However, this is the first album without guitarist Malcolm Young.

The band took several years to record the new album and had to deal with many distractions. Former, founder Malcolm Young fell ill in 2014 and is not able to perform anymore. Drummer Phil Rudd, on the other hand, was arrested for possession of methamphetamine and possession of cannabis. However, the UK tour is going ahead and will be a must-see for any rock fan.

All three concerts will be incredible and AC/DC fans have been waiting for years to see their hero’s live on stage. Get your AC/DC tickets now and see hard rock legends live in action.

AC/DC tickets will go on-sale on Friday, December 17th. All three concerts sold out within several minutes. The only way to still get your AC/DC tickets is through official resell platforms such as viagogo.