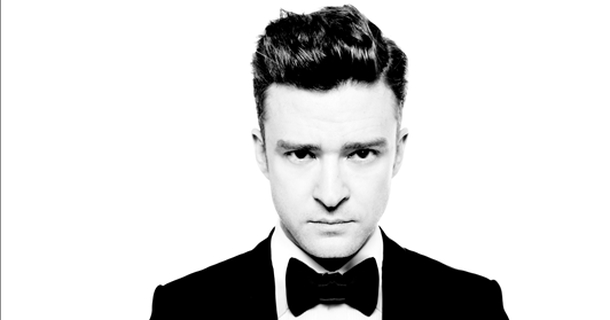 Justin Timberlake announced the European leg of “The 20/20 Experience” World Tour and will bring his show to Sheffield, London, Glasgow, Manchester and Birmingham.

Timberlake will start the UK leg of his world tour on March 30th at the Motorpoint Arena in Sheffield. Tickets for the tour will be available on Friday, October 4th. However, for all fan clubs a special pre-sale is scheduled from October 1st.

The Emmy and Grammy winner released his third album “The 20/20 Experience” on March 19th and it climbed straight to number one selling over 3.5 million copies worldwide. The release of all 10 tracks charted on the digital songs chart and have sold over 6.2 million tracks in the US The fourth studio album „The 20/20 Experience – 2 of 2” followed and was released on September 30th with lead single “Take Back The Night.”

Justin Timberlake’s tour marks the start of one of the most exciting comebacks this year. Justin Timberlake brought the house down when he performed at the iTunes Festival in London on September 29th. The mix of crowd pleasers such as “Cry Me A River” and “Sexy Back” as well as the new material such as “Mirrors” and “Suit and Tie” were quite impressive.

Timberlake is certainly one of the big names in music business and “The 20/20 Experience” will be among the most exciting and best tours of 2014. Get your Justin Timberlake tickets now!

For Sheffield, seated tickets will be £104.50 for the floor and the first tier. Seated tickets for the second tier starts at £55.75. Standing tickets start at £122.

For the O2 Arena in London, seated tickets will be £122 for the floor and the first tier. Seated tickets for the second tier starts at £51.75. Standing tickets start at £122.

08.05.2013 Justin Timberlake will release a second instalment of “The 20/20 Experience” and is set to announce his first solo tour in 6 years!

It was revealed that Justin will release a second volume of “The 20/20 Experience” on September 30th with 10 new tracks. The news was revealed by The Roots drummer Questlove. The “Mirrors” singer is also set to announce his solo tour. The solo tour would be Timberlake’s first since his highly successful “FutureSex/LoveShow”, which saw him play 20 UK dates including five nights at London’s O2 Arena in 2007.

When Johnny Wright, JT’s long-term manager, was asked about JT’s solo tour, he said: “Yeah. Probably he’ll go out sometime in the fall. We haven’t routed that yet or figured out what cities we’re going to play. I know we’ll start in North America first. But again, our focus is getting the album out and getting the Jay/Justin piece done.”

The “Suit & Tie” singer will co-headline at the Wireless Festival this July, before joining Jay-Z in July and August for the North American “Legends of Summer Tour”. He will also host the Capital FM Summertime Ball 2013 this summer.

Stay tuned and we will keep you up to date about new Justin Timberlake news.