0
Home » News » Rammstein is back and ready to tour the European festivals!

Rammstein is back and ready to tour the European festivals! 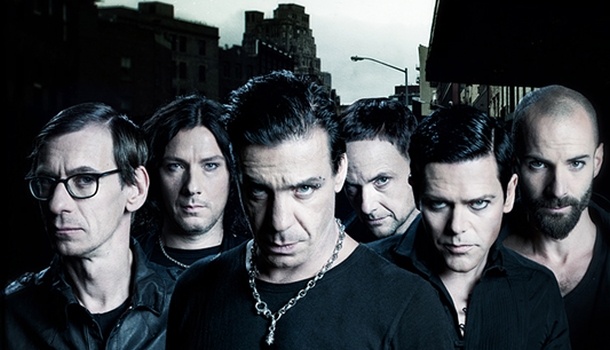 The German heavy metal band played their first live gig on Saturday, May 4th in an old industrial building in Wolfsburg , Germany since touring in 2011 and will treat there UK fans at the Download Festival!

Fans thought it was the end of Rammstein after they released there “Greatest Hits” album in December 2011 and extensively toured the U.S. The tour was called “Made in Germany” and visited 21 cities. The only other performance of the hardcore band was at the Echo Awards, where Rammstein performed “Beautiful People” with Marilyn Manson.

However, they are back and fans are more excited than ever before. Frontman Till Lindemann opened the gig in Woilfsburg by releasing himself burning and smoking from the ceiling. The venue was on fire and the band performed some of there greatest hits such as “Du Hast”, “Engel” and “Amerika”. Only 500 fans were allowed at the gig in Wolfsburg – 400 seated and 100 fans right in front of the stage – very Rammstein like!

The Germans also announced that they will treat there UK fans for something special at the Download Festival 2013, where they play with Iron Maiden and Slipknot. The Download Festival will be the biggest Download ever especially with Rammstein performing some of there epic stage shows. Rammstein also announced that they will play 12 other festivals in 2013 such as Wacken (Germany), Nova Rock (Austria), Bråvalla Festival (Sweden) and Rock the City (Romania).

UK fans should be excited and make sure they get there Download Festival tickets to see Rammstein’s elaborate live shows with fire, chainsaws and there outlandish costumes.