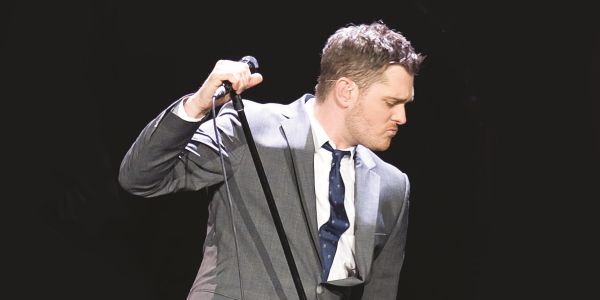 Michael Bublé has announced that he will be opening his rehearsal at the Sheffield Motorpoint Arena to local fans before his show goes to the O2 in London, O2 in Dublin then sets off across North America.

The rehearsal show will be this Friday, June 28th. Michael Bublé tickets are available now and represents a great opportunity to see a hugely talented singer perform before his tour.

The proceeds from this will also go towards radio station Hallam FM which made the announcement and local charity ‘Cash for Kids’, which helps children with any difficulties they are having and supports Sheffield’s Children hospital which is one of four children’s hospital trusts within the UK. 12,000 people are expected to attend the event showing tickets are at a premium and will probably sell quickly, setting the tone for the rest of his tour.

The show is seen as a send-off for the venue, with it going through an extensive summer refurbishment in time for September’s events. The winner of various awards and top hits within Canada, the UK and the US, this preview to the sell out To Be Loved tour is sure to be a memorable night.

The show will likely involve his news songs from his number one album of the same name including the single “It’s a beautiful day” and perhaps some of his hits from previous outings.

If you cannot make it to this night in Sheffield, there are 10 shows in London and 5 in Dublin soon after, so make sure you attend one of these unforgettable performances.