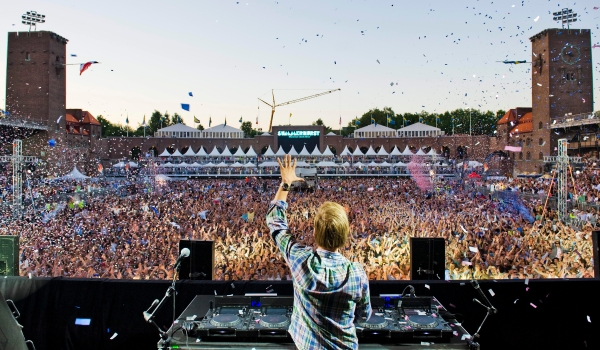 1.11.2013 Avicii announced the “True” UK Tour and will play 2 gigs at the Phones4U Arena in Manchester and Earls Court in London in February 2014. Avicii tickets are available on Friday, November 8th at 10am.

2013 was Avicii’s year, reaching #1 in over 70 countries with his hit single “Wake Me Up” and selling over 6 million singles worldwide. The single became the fastest selling single of 2013 in the UK. The Swedish born DJ and Producer also released his debut album “True” in September 2013 which reached #2 in the UK album charts. The latest single is “You Make Me.”

This year, Avicii headlined at EDC London and Creamfields and gave fans epic gigs and one of the best dance music productions in the industry. The 2 headline gigs at the Phones4U Arena in Manchester and Earls Court in London in February are the only gigs Avicii has scheduled in the UK for 2014 so far. Other will hopefully follow. However, be early and secure your tickets to see the Swedish star DJ live in Manchester and London. Avicii tickets sold out in Sweden within 3 minutes.

Surprised about his recent success, Tim Bergling aka Avicii said: “This has all gone so quickly that I haven’t been able to slow down.” Get your Avicii tickets now to see an unforgettable gig from one of the best DJ’s in the world. Avicii tickets are available now.

Avicii tickets are available on November 8th at 10am. Tickets are priced at £35 for Manchester and £37.50 in London.

Tags: Avicii, Cream, Earls Court, Phones 4U Arena, True, Wake Me Up, You Make Me