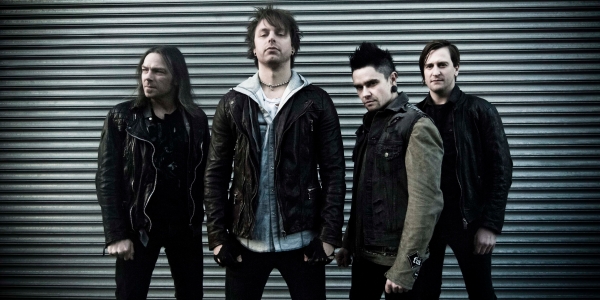 Welsh heavy metal band Bullet for My Valentine announced their biggest ever UK Tour and will tour England and Wales in December together with Asking Alexandria and the Young Guns.

Bullet for My Valentine will start their UK Tour on December 1st at the Manchester Arena and continue with gigs in Birmingham, London and finally their home town Cardiff. The tour is a must for any heavy metal fans.

The band, originally formed in 1998 in Bridgend made their big break in 2002 when they signed a deal with Sony BMG. Their biggest hit was album “Fever” which was released in April 2010 and reached number 3 in the Billboard charts. Overall, the band sold over 3 millions albums worldwide.

However, lead singer Matthew Tuck is not alone with his band. Bullet for My Valentine is joined by Asking Alexandria and the Young Guns. Asking Alexandria just released the single “The Death of Me” and the new album is highly anticipated.

Matt Tuck said: “The boys and I are excited to announce that we will be once again crushing arenas all over the UK this December. In 2010, we got our first taste of headlining arenas and it was mind blowing, this time around it’s gonna be louder, crazier and we’ll be bringing more pyro than ever!! Make sure you get your tickets and be part of THE tour of 2013!”

Get your tickets now for the best heavy metal gig in 2013. Bullet for My Valentine, Asking Alexandria and the Young Guns will put the arena’s on fire. Tickets available here: