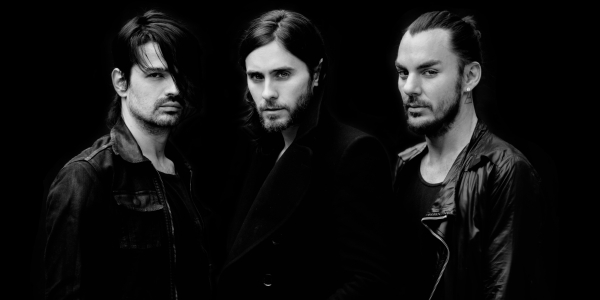 Thirty Seconds To Mars is back with a massive global tour and will be back in the UK this November with their new album Love, Lust, Dreams & Faith.

The American rock band is one of the most exciting live bands in the world and have played over 311 shows to three million fans. It was rumoured that the band has split after their performance at the Leeds & Reading Festival 2011, but surprised their fans with the new album.

Since forming back in 1998, 30STM have worked their way up and into hearts of the UK with their alternative yet soft sounding take on rock music. The band of lead singer and guitarist Jared Leto announced their UK comeback at the Download Festival. The tour is to celebrate the release of the bands 4th album, “Love, Lust, Faith and Dreams” which was released back in May.

The album is a mix of rock and draws inspiration from electronic music, bringing a fresh sound and allowing the band to experiment. In February, the band announced via Twitter that the first single of the album would be ‘’Up in the Air’’ – a copy of the single was also sent to NASA and was played by the Expedition 35 crew aboard the space station on March 18th.

The tour will start at the Motorpoint Arena in Cardiff on November 14th and will be followed by gigs in Birmingham, Manchester, Newcastle, Glasgow, Nottingham, London, Dublin and Belfast. Pre-sale tickets are on pre sale from Wednesday 19th June and general sale from the 21st June. Get them quick as not to be left disappointed!

Kay Byrne I’m a UCFB football business and media student, with a passion for music. I write a personal blog about local bands in my area and enjoy attending as much live music as possible. I might be a shy person, but I have a driving passion for music and writing for GIGA is a great way to keep in the know.