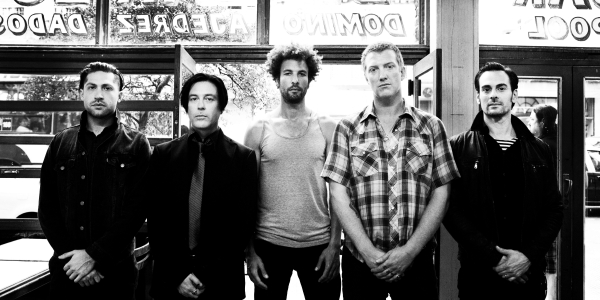 Queens of the Stone Age will tour the UK in November 2013 with their new album “…Like Clockwork.” The tour will include 6 gigs throughout the UK and will finish with a concert at Wembley Stadium on November 22nd, 2013.

Queens of the Stone Age announced the release of their sixth album in March 2013. The album went straight to number 2 in the UK charts. The new single “My God Is The Sun” was released at Lollapollooza Brasil at the end of March.

The American rock band of lead singer Josh Homme also performed at Download Festival at Donnington Park and will play at the iTunes Festival in September. The UK tour will start on November 16th 2013 a concert at the Hydro Arena in Glasgow, followed by gigs in Dublin, Belfast, Manchester, Birmingham and the Wembley Stadium in London.

Approaching 20 years as a band, QOTSA’s November tour is to complement their “…Like Clockwork” album which is their latest and arguably one of their best productions so far. When asking a fan for their take on QOTSA, he said they were “stoner rock, rifftastic, ginger and badass”. Queens of the Stone Age, however, often changed their band members, with founding member Josh Homme being the only constant.

The new album includes guest appearances and collaborations with Alex Turner of the Arctic Monkeys, Dave Grohl and Sir Elton John. This also leads to an ever-changing sound with them being labelled as art-rock, desert-rock and heavy metal as well as other genres. They have also been awarded 4 Grammy nominations for “Best Hard Rock Performance”, with one of their better known songs, “Go With The Flow” being among the nominations.

Tickets are going on sale on the 21st June for the different venues in Scotland, Ireland, Wales and England. Tickets for all concert and the latest news here: