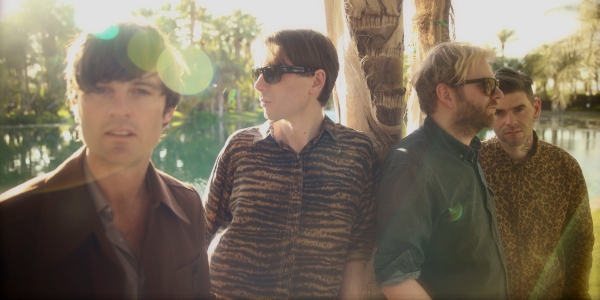 Franz Ferdinand announced 10 dates of their UK and Ireland Tour for early next year. The band will start with a date at the Roundhouse in London on March 14th 2014. Franz Ferdinand tickets are avialble now!

Earlier this year, Franz Ferdinand released their fourth studio album titled ‘Right Thoughts, Right Words, Right Action’. Now the band revealed that they will be on UK and Ireland tour in March 2014, which will include dates in London, Manchester and Dublin. A small clip of their first single from the new album, ‘Evil Eye’ is active on the Internet with such a huge reputation to live up to and after being compared with the likes of Blur, the new tour should not disappoint. The single is due to be released on October 28th.

Franz Ferdinand was formed in 2002. The band is a four piece outfit with Alex Kapranos on lead vocals, over their ten years in action Franz Ferdinand have experienced many highlights including a Mercury Music Prize and Brit Awards.

After their formation in 2002, Franz Ferdinand signed their first record deal in 2003 with Domino Records. However, it wasn’t until 2004 that the band experienced success. Their second song ‘Take Me Out’ reached number three in the UK charts. The single was taken from their debut album ‘Franz Ferdinand’ which also reached number three, however in the UK album charts; NME also rated the album very highly.

Their second album titled ‘You Could Have It So Much Better’ was released in 2005 and displayed the bands diversity, it entered the UK album charts at number one and saw US success as it reached number eight in the US chart. Four singles were released from the album starting with the first single, ‘Do You Want To’ which reached the top 5 of the charts and was also voted the best single of 2005 by Q. All of the following three singles were featured in the UK top thirty.

2008-2009 proved to be a busy twelve months for Franz Ferdinand as they played at many illustrious festivals including Glastonbury, Coachella festival, Radio 1’s Big Weekend and supported Green Day on their world tour. The band also did a lengthy tour of the States. 2009 also saw the release of their third studio album, ‘Tonight’ which debuted at number 2 in the UK album charts and number 9 in the US, releasing four singles which all gained reasonable success.