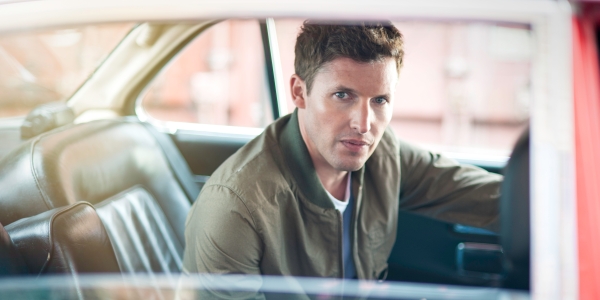 The Tour will support his upcoming forth studio album “Moon Landing” which is due to be released on October 21st. So, far, Blunt has six concerts scheduled in the UK including concerts in Edinburgh, Glasgow, Manchester, Wolverhampton, London and Bournemouth.

The first single of the new album, “Bonfire Heart,” has received great reviews and was watched already by over half a millions viewers in a week. The single will be released on October 7th 2013. Blunt about the new album, “It’s a much more personal album, about us finding where it all started, and where we are now. This is the album I would have recorded if ‘Back To Bedlam’ hadn’t sold anything.“

James Blunt had his breakthrough in 2005 when he released his debut album “Back to Bedlam” which included songs such as “You’re Beautiful” and “Goodbye My Lover.” The English songwriter sold over 18 million albums, won two Brit Awards and was nominated for five Grammy Awards. His debut album is the best-selling album in the UK.

Now, James Blunt is back with his “Moon Landing World Tour”. Highlight of the tour are certainly the concerts at the Royal Concert Hall in Glasgow on April 15th and the gig at the Royal Albert Hall on April 19th. More dates are due to be released.

James Blunt is excited about his tour and said: “I am so excited for me and my band to get back on the road and play these new songs live, along with some of the older hits. My fans have never let me down, and there’s nothing better than playing for them at the shows. They have been incredibly supportive of me over the years.“