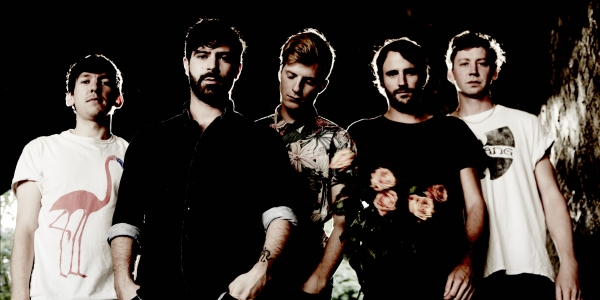 Foals will tour the UK and Ireland in February 2014 and play 6 concerts in Dublin, Manchester, Glasgow, Birmingham, Newcastle and London. Foals tickets are available now.

The Foals tour will start on February 4th in Dublin. Highlight of the tour will be the concert at Alexandra Palace on Valentine’s Day. American rock band Cage The Elephant have been confirmed as their main support act.

The band properly hit the music scene in 2007, when they released two singles, one of which (Hummer) instantly introduced itself to a diverse audience as it appeared on the TV series “Skins.” Shortly followed their debut album in 2008 titled “Antidotes.” The album was released in a number of countries, but received the majority of its success in the UK as it debuted in the album chart at number 3.

In 2009, the Foals second studio album “Total Life Forever” was released, which contained the hit single “Spanish Sahara” this single attracted much attention and placed into the limelight as many TV series and trailers used the track, used most notably on the previews for one of the later series of the Entourage. The Foals follow-up album was also nominated for the Mercury prize.

In late 2012, the Foals latest most anticipated album was announced, entitled “Holy Fire’” and was then released early 2013, the album features the leading single “Inhaler.” Since the hype of the album , the band have appeared on Jools Holland’s show, very recently played at Reading and Leeds festival and performed at Latitude which was their first headline festival, with much potential the band has been tipped to headline Reading and Leeds which would be one of their most prestigious accomplishments.

The Foals are currently playing a world tour and just announced a UK and Ireland 2014 tour. Excitement for the Foals tour increases further for their fans as Foals tickets are available now. However, due to the rising of such a promising upcoming band tickets are likely to be of high demand. For any music lover this is a must go.