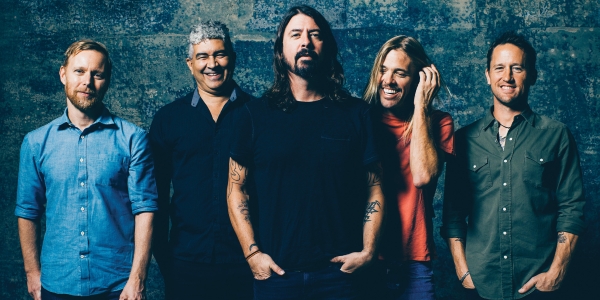 17.11.2014 – The Foo Fighters announced 5 UK concerts as part of their Sonic Highways tour in May and June next year. Foo Fighter tickets will go pre-sale on November 19th at 9:00am.

It’s been several years since the last Foo Fighter tour in the UK. However, now they are back. Dave Grohl and his band will kick-off the UK leg of their tour on May 25th at the Stadium of Light before heading to Manchester, London and Edinburg. The Foo Fighters will be supported by Iggy Pop and Royal Blood.

There are also rumours that the Foo Fighters will headline Glastonbury Festival next year since the band hasn’t played at the festival since 1998. The festival would also fit perfectly in the bands schedule.

Get your Foo Fighters tickets now and experience a rock highlight in the UK. Dave Grohl and his band will bring to house down no matter what.

Foo Fighters tickets will go on pre-sale on November 19th. The general on-sale starts on November 21st at 10:00am. Tickets range from £55.00 to £65.00 depending on venue. Tickets are available for standing and reserved seating for each venue and there is a strict limit of eight tickets per person and per card.