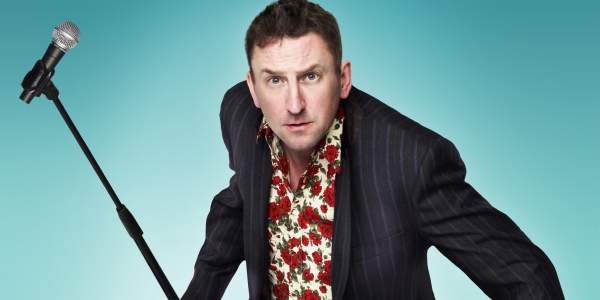 Lee Mack has announced that he is returning to live performances after 4 years of focussing on other project. From September until December 2014, you’ll be able to see Lee Mack perform throughout the country in what is sure to be a hilarious tour. Lee Mack tickets are available now!

While it is quite a while before the “Hit The Road Mack” Tour is performed, it serves as an opportunity to prepare for a top event from one of the biggest comedic names out there at the moment. Because of the success of Lee Mack’s previous tours, we can hope to see extra dates added onto this tour as demand for Lee Mack tickets is certainly going to be high.

Lee Mack’s career is relatively short compared to the success he has achieved. He started in 1995, but his mainstream breakthrough was not until 2006 – thanks to his BBC TV sitcom, Not Going Out.

The last Lee Mack tour was a huge success with his blend of “one-liners and artful banter” being praised by critics. The fact that before Mack’s entry to comedy, he held down a variety of different jobs in different industries, means fans can easily relate to his anecdotes and references to his life.

Lee Mack tickets are available now for all Lee Mack gigs around the UK. Since the tour is set to kick off late 2014, there is still plenty of time to get your Lee Mack tickets, although demand will pick up as it gets closer to the event. This is a premium event that everyone will want to see as Lee Mack’s success continues to rise and sees no sign of stopping.