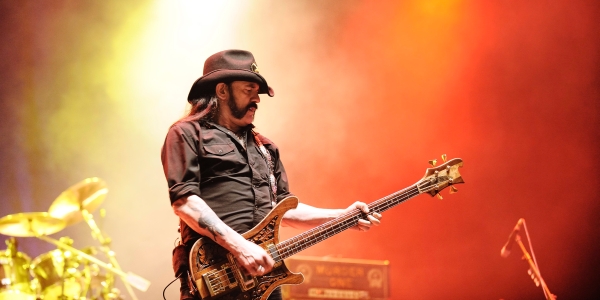 Motörhead – the legendary British hard rock band will be touring the UK in November with heavy metal band with seven gigs in the UK.

Motörhead was formed in 1975 by bassist, singer and songwriter Ian „Lemmy“ Kilmister. The band has released 20 albums in there 38 year career and the 21st is due to be released later this year. The “hardest working band” will go on tour with the heavy metal monster Saxon as very special guests.

Motörhead’s overwhelmingly loud and fast style of heavy metal was one of the most groundbreaking styles the genre had to offer in the late 1970s. Motörhead wasn’t punk rock. They loved the hell-for-leather imagery of bikers too much to conform with the safety-pinned, ripped T-shirts of punk, but they were the first metal band to harness that energy and, in the process, they created speed metal and thrash metal.

The band are heading to Download festival in June and then onto their headline tour will start on November 13th at Nottingham’s Royal Concert Hall followed by gigs at Newcastle and Brixton and hometown shows at Wolverhampton, Manchester and Glasgow.

Tickets are available from Friday, May 31st.