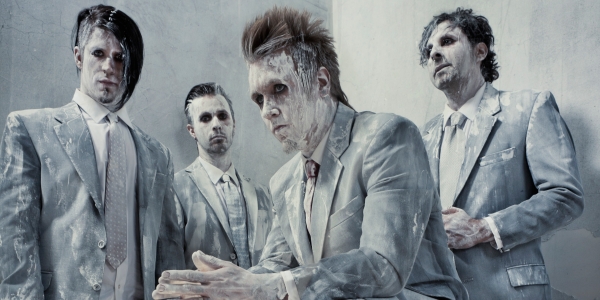 US Rock band Papa Roach has announced the “Silence is the Enemy Tour” in December 2013. Across 10 days, the band will travel around the UK, playing hits like “Last Resort”, voted “Most Played Alternative Song of the Decade”, as well as songs from their latest album “The Connection.”

Known for their electrifying and explosive shows, going to one of their performances will surely be a night to remember. Those going to the dates in London on the 10th and 11th December will get the privilege of seeing Stone Sour co-headline alongside Papa Roach in preparation of the joint tour the bands will be doing in the New Year.

Their best known song outside of Papa Roach fans has to be “Last Resort”, released in September 2000 and was the debut single for their second album. It achieved number 57 in the US Billboard charts as well as number 3 in the UK charts. It is credited for being the song that propelled the band into the mainstream spotlight.

Hitting the 20 year mark, the band are now on their 8th album, with their music progressing from nu-metal and rap metal to hard rock and alternative metal over the years with rap having less of a influence on their music. The tour is sure to be a success with the band having two Grammy nominations as well as an MTV Music Video Nomination and having sold over 18 million albums worldwide, showing they definitely know what they are doing.