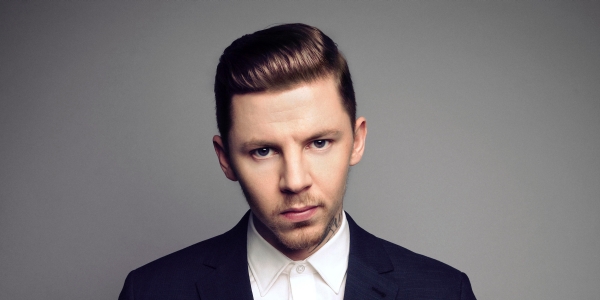 Professor Green has confirmed he will be touring the UK this November. The tour is set to support his new album “Growing Up In Public”.

The London born rapper will kick-start his tour in Glasgow’s 02 Academy on the 8th of November. From there, he will travel to the following locations in the UK: Manchester, Carlisle, Derby, Birmingham, Leeds, Liverpool, Newcastle, Norwich and Bristol. He will round up the tour with one final performance in London’s Hammersmith Apollo on the 22nd of November.

Despite it being rumoured that Green had broken his leg in a car accident that occurred in May, he was involved in a long set at Glastonbury whereby it didn’t appear he was recovering from an injury of any of the sort allowing all his fans to breathe a sigh of relief. We believe the set at Glastonbury where he performed a mash-up of “I Need You Tonight” and Daft Punk’s “Get Lucky” was only a glimpse of what is to come in his November tour.

Since Green has been signed by Virgin Records, he has had enormous success. His first two singles peaked in the top 5 of the UK singles chart whilst his album peaked at number 2 in the album chart, somewhat of a success for his first album. Green continued to express his talents all around the UK, especially with his smash-hit single “Read All About It” which peaked at number 1 in the UK singles charts.

His new album is set to have appearances from: Lily Allen, Ed Sheeran, Emeli Sande and Lana Del Rey. The first single is set to be released on the 21st of July leaving you little time to prepare. We’re positive tickets will be in popular demand after the release of the single, so buy yours as soon as possible to avoid missing out! Tickets available here: