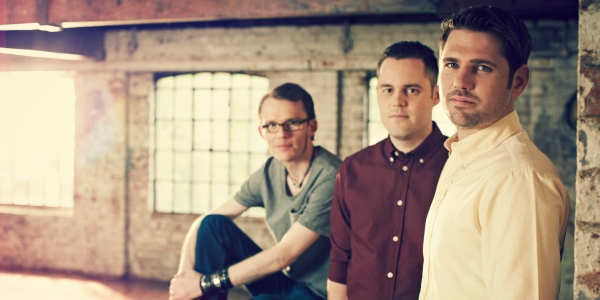 The band, which consists of childhood friends Roy Stride, Greg Churchouse and Pete Ellard, released their “Greatest Hits” album on July 29th 2013. Now, the band also announced the complementary “Greatest Hits Tour” which will start on November 10th in Norwich. Two of the highlights of the Scouting for Girls tour are certainly the concerts at the Royal Albert Hall on November 14th and the concert at the Manchester Apollo on November 15th. The band will play at the two venues for the first time ever, a very special moment for the band. Scouting for Girls tickets are available below for all concerts.

Scouting for Girls breakthrough came in 2007, when they were signed by Epic and released their first album “It’s Not About You” with hit singles such as “She’s So Lovely”, “Heartbeat”, and “Elvis Ain’t Dead.” Since then, Scouting for Girls 3 other albums such as a self-named album, “Everybody Wants To Be On TV” and “The Light Between Us.”All of them made it into the top ten in the UK with the second album even making it to number one in the UK.

Now, the band is back with their “Greatest Hits” album and their “Greatest Hits Tour.” Support the band when they tackle the Royal Albert Hall and the Manchester Arena, two of the biggest and most famous venues in the UK, for the first time ever! The band will certainly play some of the new songs such as “Millionaire” which was just released on July 22nd, along with crowd pleasers such as “She’s So Lovely”, “Heartbeat”and ‘Elvis Ain’t Dead.” Get your Scouting for Girls tickets now!