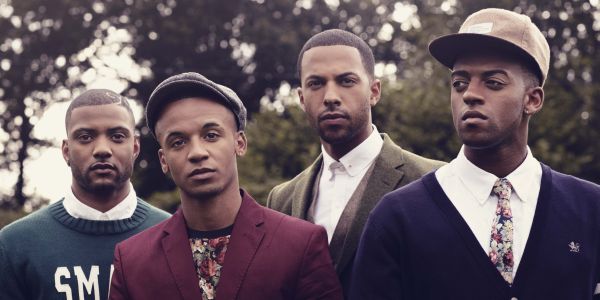 JLS will play their UK Farewell Arena Tour 2013. Surprisingly, the band announced that they are splitting up after the UK Arena Tour in December 2013.

The band confirmed on Wednesday, April 24th that their upcoming tour will be their last. The band will split after 6 amazing years. The band appeared on the Alan Carr’s Chatty Man show on Friday, April 26th where band member Oritse Williams broke down in tears discussing the break up.

JLS was formed in 2008 after finishing second in the X-Factor. Their first two singles, “Beat Again” and “Everybody in Love,” both went to number one in the UK Single Charts. Their debut album “JLS” sold over one million copies in the UK and the band won a BRIT award for British Breakthrough and British Single in 2010. Other number ones followed in the UK with “The Club Is Alive”,  “Love You More” and “She Makes Me Wanna.”

Main reason for the breakup wasn’t released so far. However, solo projects can certainly be one reason. Marvin Humes started a weekly radio show in March 2013 on the Capital network. He is also expecting a baby with heavily pregnant wife, Rochelle Humes of The Saturdays. Aston Merrygold joined Ashley Banjo as a judge on the Sky1 dance show “Got to Dance.”

However, JLS wants to go out with a BOOM and announced their third extensive UK Arena Tour in December 2013. The band will also release a greatest hits album. During the summer, they are also headlining the Allstarz Summer Party. The tour will start on December 1st at the Odyssey in Belfast and will finish on December 22nd in London at the O2 arena.

Get your tickets now and have the chance to see JLS in their last UK Arena Tour.