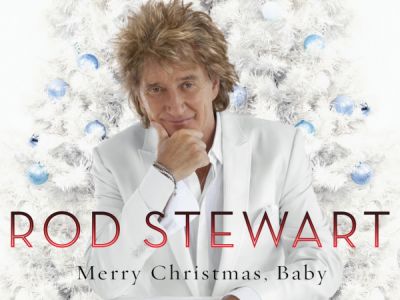 09.01.2014. Legendary English rocker Rod Stewart will be touring the UK in 2014 and performing at five sporting venues under the stars in what are sure to be unmissable music events. Rod Stewart tickets are available now.

The 68 year old will be performing across the UK in 2014 during his busy schedule which also includes performances at Caesars Palace in Las Vegas, Nevada. Rod Stewart has released many UK number one albums in his illustrious music career including ‘Every Picture Tells a Story’, ‘A Night on the Town’, ‘Blondes Have More Fun’ and most recently his 2013 album ‘Time’. The legendary musician achieved his first number one single in 1971 with ‘Maggie May’ and went on to record further number ones with ‘Sailing’ and ‘Baby Jane’. Rod Stewart has received Brit awards and Grammy awards in his long career along with being inducted into the Rock and Roll Hall of Fame as a solo artist in 1994.

Rod Stewart’s ‘The Hits’ tour will first visit the newly built Amex Stadium in Brighton, which was opened as recently as 2011, and will take place on the 13th June 2014. Rod will then perform the following day on the 14th June 2014 at the Brittania Stadium in Stoke in what is sure to be an electric atmosphere under the stars. Four days later on the 18th June 2014 the tour will visit the Somerset cricket ground in Taunton followed by the penultimate UK performance of the tour at Bloomfield Road Stadium in Blackpool on the 20th June 2014. The final performance of Rod Stewart’s 2014 tour is one not to be missed and will take place in Falkirk football stadium in Scotland on the 21st June 2014.

Rod Stewart tickets are available and range from £60.50 to £137.50 depending on location. Tickets will go on-sale on November 22nd at 10am. There is a strict limit of eight tickets per person and per card. The Rod Stewart tour will also offer premium VIP tickets.

The British rock legend released his new album “Time” in May 2013 which was inspired by his autobiography. The album became No. 1 in the UK album charts and was Steward’s first number one album in 34 years. Stewart’s last No. 1 on the chart had been Greatest Hits Volume 1 in 1979.

Rod Steward remains a major force in the music world after almost 50 years in the music business. Steward won a Brit award and received his first ever Grammy for his third album “Stardust: the Great American Songbook 3” in 2005. which sold over 200.000 copies in the first week. In 1994, as a solo artist, he earned himself a place in the Rock and Roll’s Hall of Fame. His achievements in music are impressive. From his solo work to his time with The Jeff Beck Group and The Faces, Rod Stewart remains unequivocal in his influence and success. He’s a true storyteller, a compassionate presence in music and a warm and honest musician. His profound lyricism conveys an unmatchable and liberating charisma, delivered with heartfelt and sincere vocals it’s almost impossible not to appreciate his genius.

Rod Stewart said: “I have been looking forward to this as I’ve watched the Hydro take shape. 2013 is a momentous year for me. I cannot wait to get back to Scotland and perform in front of a live audience at this spectacular venue.”

Rod Stewart is set to tour the UK and his back to back tours and will give fans plenty of opportunity to see him in action. Not to be missed!