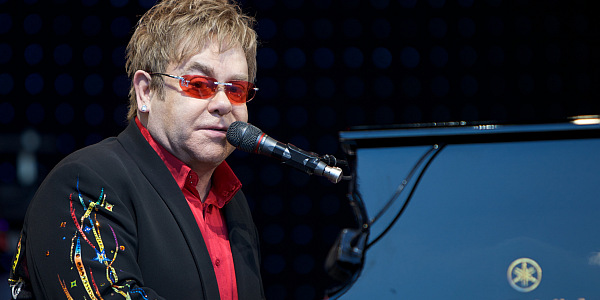 Elton John will start his UK performances at the Leigh Sports Village on Saturday, June 21st before moving on to the Capital FM Arena in Nottingham on June 24th and the Weston Homes Community Stadium in Colchester on June 29th 2014.

The “Rocket Man” singer is loved by his fans all over the globe and released his 31st studio album “The Diving Board” in September 2013. The album entered the U.K charts at No. 3 and the US Billboard Album charts at No. 4.

Elton John is still undeniably one of the most acclaimed and adored solo artists of all time. His performances and spectacular stage shows are sought-after by audiences worldwide. The three UK concerts will certainly feature some of his top hits of the last 40 years as well as new material from “The Diving Board” album.

Get your Elton John tickets now and see one of the most electric solo artists on the globe live in the UK. The Independent praised his new album as “A collection that may be the best of his profession“. Elton John tickets available now.

For the concerts at the Leigh Sports Village Stadium in Leigh and the Weston Homes Community Stadium in Colchester, Elton John tickets are available between £45 and £88.75. Floor seating starts at £45 per ticket and Box Seating starts at £88.75. Tickets are limited to 6 tickets per person.

30.07.2013 Sir Elton John is back for the first time after being diagnosed with appendicitis. The multi-award winner will continue his European tour in September and play gigs in London and Leeds as well as the Bestival Festival. Get your Elton John tickets now!

Elton John had to cancel a festival headliner at Hyde Park in London as part of the Barclaycard British Summer Time and several concerts in Germany, Italy and France. The jewel of British music was forced to cancel several concerts and festival appearances over the summer after being diagnosed with appendix abscess surrounding retrocaecal appendicitis. Elton John had to face intensive care and undergo a surgery.

However, the singer is back in September and will continue his tour in the UK. John will play a gig on September 2nd at the Palladium in London and September 4th at the First Direct Arena in Leeds. The British jewel will then also join Justin Timberlake, Jessie J, Vampire Weekend, Kings of Leon and Arctic Monkeys on September 12th at the iTunes Festival in London followed by the Bestival Festival 2013. Elton John tickets for all gigs are available now.

The Elton John Tour is promoting his upcoming album “The Diving Board”. It is his 30th solo album in his five decade career. The Elton John album already released the first single “Home Again” on June 24th. The entire album is due to be released in September and an additional Elton John concerts can be expected.