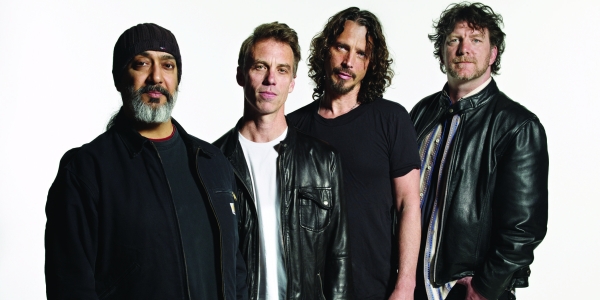 Soundgarden announced the release of the new album “King Animal Plus” and will tour the UK in September right after the album release. The tour will mark an exciting new chapter for the band.

On Monday the rock legends that are Sound Garden announced that they will be releasing “King Animal Plus” on September 2nd 2013. The new album will be a re-launch of their  feature 5 additional live tracks and one acoustic track. The band also announced their European tour right after the album release and will kick off the tour in Helsinki on September 4th before taking on Stockholm, Oslo, Copenhagen, Berlin, Amsterdam, Manchester, Birmingham, Dublin and London.

Soundgarden was one of the bands during the creation of grunge, a style of alternative rock that developed in Seattle and was signed to the record label Sub Pop. Soundgarden was one of the first grunge bands to sign to a major label A&M Records in 1988. Album “Superunknown” in 1994 brought the band huge success and debuted number 1 on the billboard charts. In 1997 the band split due to musical differences but reunited in 2010, with the release of “King of the animal” in 2012. The band sold over 21 million records and won 2 Grammy’s.

Chris Cornel announced the reunion via twitter to fans in 2010, after his solo album “Euphoria Morning”, and writing and performing a song for the bond film Casino Royale. He announced the reunion as follows: “The 12-year break is over and school is back in session. Sign up now. Knights of the Soundtable ride again!”

The tour in September will mark the start of an exciting new chapter for the band and their fans.