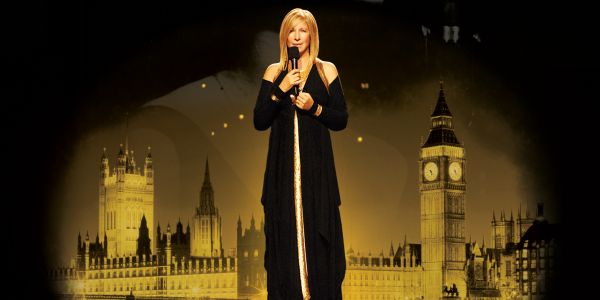 Barbra Streisand is back and will be touring the UK and Europe for the first time in 6 years with 2 gigs at the O2 Arena in London.

After an amazing North America tour in 2012, Barbra Streisand will be visiting Europe this summer for five confirmed dates with additional dates and venues to be announce soon. The venues will include a return to London at the O2 Arena and Bercy in Paris for the first time in 6 years. The tour will see Barbra Streisand appear in Amsterdam and Cologne for the very first time. The tour will also be appearing in the Berlin O2 arena.

During the 1970’s, she was very successful within the pop charts with Top 10 releases with singles such as “The Way We Were” and “Evergreen” that saw both of them hit the number 1 spot in the US. “No More Tears” that Streisand did a duet with Donna Summer, was as of 2010 still the most commercially successful duet. During her career she recorded 50 studio albums with the majority with Columbia Records.

Barbra Streisand live holds promise for nothing short of a magical evening and timeless hits with a combination of her elegant voice and charming humour. With the backing of full orchestra and special guests including Chris Botti, her son Jason Gould and sister Roslyn Kind who also performed at last year’s Back to Brooklyn. This year’s tour truly promises to be a spectacular performance and once you shouldn’t miss.

Throughout her career, Barbra has been nominated for some prestige awards and winning her fair few of them including Album of the year in 1963, Entertainer of the Year in 1970 and Favourite All-Time Musical Performer in 1988. Streisand was named the most successful female singer in the U.S. with only Elvis Presley and The Beatles had sold more albums.