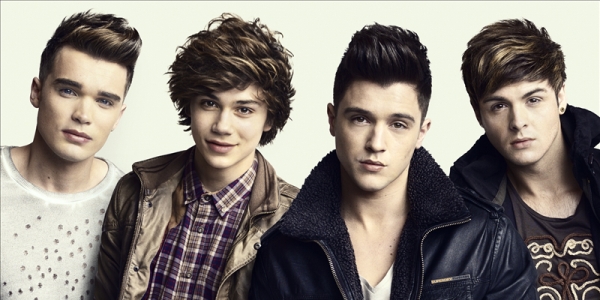 Union J have announced their first UK headline tour called Magazines and TV Screens Tour 2013  with 17 dates in the UK. The Tour will start in December 2013.

Union J are the UK’s newest boy band sensation, and to follow on their success of their debut single “Carry You” the boys are setting off on their first ever UK headline tour. The tour is heading across the length and breadth of the UK showcasing the new material to the fans.

The boys are heading across the country in December and January to give their fans a Christmas treat! The tour begins in Oxford on December 14th with stops in Cardiff, Sheffield, Manchester, Bristol, Liverpool and finishes off at Birmingham on January 10th. During the tour the boys will do 2 performances on the 23rd at London’s Hammersmith Apollo, a Matinee performance and an evening performance.

The band are also performing at Chester Rocks, and North East live during the summer, giving the fans a chance to get ready for the headline performances this winter. This will be the bands biggest run of shows as a headline act and the venues are large for a debut headline tour. This is giving Union J a great start in their touring career.

Since their time on the show it has been non-stop for the boys and they have got off to an impressive start. With a top 10 single, almost a million twitter followers, 9 million views on Youtube and a book deal in the bag, it would seem Union J’s limits are endless and 2013 is set to be their year. Tickets for the tour are on sale now.

Kay Byrne I’m a UCFB football business and media student, with a passion for music. I write a personal blog about local bands in my area and enjoy attending as much live music as possible. I might be a shy person, but I have a driving passion for music and writing for GIGA is a great way to keep in the know.