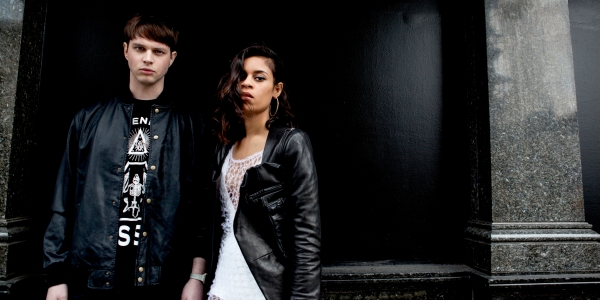 AlunaGeorge will be on tour throughout October 2013 with 12 dates in the UK. AlunaGeorge tickets are available now!

AlunaGeorge are a British Electronic duo consisting of Aluna Francis and George Reid, the pair bring a mixture of talents to the table, as Aluna’s voice has been described as soft and ‘almost childlike’ were George offers a range of garage and dubstep sounds. The combination produces an upcoming futuristic pop sound.

The band first formed in 2009 due to George reportedly being a fan of Aluna’s then band ‘My Toy’s Like Me’ music and remixing one of their songs. However it wasn’t until 2013 that AlunaGeorge started to achieve success, earlier in the year the band featured on a song with Disclosure which became the popular ‘White Noise’ the song grasped the number two spot in the UK charts. The band later released their debut album ‘Body Music.’

Radio one premiered the band’s most recent single ‘Attracting flies’ and the group have performed this live to a select number of fans at a few gifs, including the Evolution Festival and at Brick Lane’s Truman Brewery, this gig was performed in front of only 100 fans in which AlunaGeorge treated them to acoustic versions of their best known singles and their most prestigious gig to date was Glastonbury.

The group have had a lot to look forward to and have shared this success and excitement with their fans. With their album recently released in July, being shortlisted for 2013 critic’s choice Brit Award and nominated for the sound of 2013 poll, were AlunaGeorge finished a very respectable second place, there is a lot of promise leading into their 2014 tour which they have recently announced. AlunaGeorge Tickets are available to purchase now and past gigs have shown evidence that the duo are of popular demand.

In order to experience their fresh, futuristic sound with influences of R&B and Hip Hop their 2014 World Tour is a must. Get your AlunaGeorge tickets now!