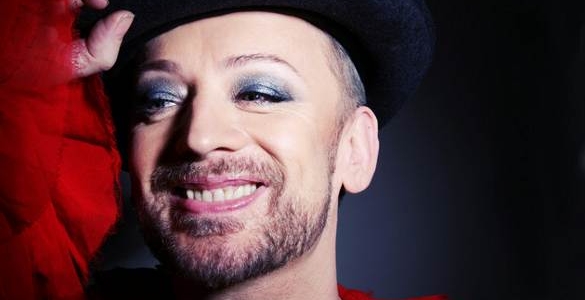 Lead singer of “Culture Club” and “Jesus Club” is preparing to embark on a 7 date UK tour, this November! The tour is set to support his new album that is set to be released this year: “This Is What I Do”.

Boy George’s UK tour will begin in Manchester on the 3rd of November at Manchester RNCM. From there he will be in the following locations throughout the UK: Birmingham, Leeds, Glasgow, Oxford and London. His last performance of the tour will take place in Brighton on the 11th of November at Brighton Concorde.

With over 30 years of experience in the music industry, it is of no surprise that Boy George is still in popular demand. His success with Culture Club is what introduced the icon from Kent, to stardom. From there on, he was the mastermind of his own success and in the early 1990’s, spent a lot of time DJ’ing around the UK. Unsurprisingly, that wasn’t the last his fans seen of him as he went on to star in London musicals and continued to write songs expressed through stars such as Charlotte Church and Kylie Minogue.

Finally, in 2011 George released new material on an album titled “Ordinary Alien – The Kinky Rowland Files”. This marked his first solo album in over ten years with his usual house/dance sound. We’re positive if you liked that, you’ll love his new work.

This tour is a MUST for anyone who loved the New Romanticism movement in the 80’s! Tickets available here: