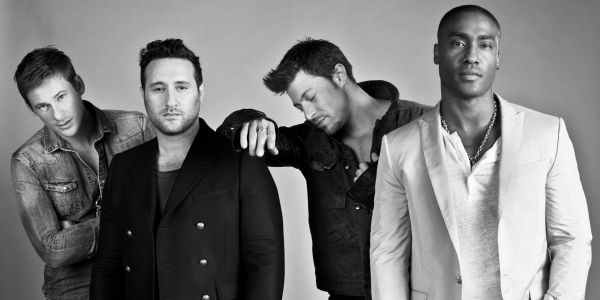 Blue is back! The boy band announced their come back tour 13 years after they first came together in 2000. One of the most successful bands of the last decade will start their tour on October 14th in Norwich before traveling across the UK for 6 other dates.

The band of Lee Ryan, Antony Costa, Duncan James and Simon Webbe is one of the most successful British bands of the last decade having sold over 15 million albums worldwide. There three studio albums All Rise (2001), One Love (2002) and Guilty (2003) all reached number one in the UK. They also collbotrated with international icons such as Sir Elton John and Stevie Wonder.

In 2004, the Brittish band announced that they are going on a two year hiatus and released the “Best of Blue” album. However, they officially announced their split up in 2005. The band announced their return in 2009 and decided to compete at the Eurovision Song Contest in 2011. They came in 11th with their song “I Can”.

In January 2012, the boy band released their fourth studio album “Roulette” with lead single “Hurt Lovers.” They also joined ITV2 show “The Big Reunion” with other bands from the 90’s such as Liberty X, Five and B* Witched. They embarked on a successful UK arena tour with The Reunion.

This October the boys will be hitting Norwich, Manchester, Newcastle, Leeds, Glasgow, Birmingham and London with their own tour for the first time in over 7 years. The venues are smaller and will make this tour very special and intimate for all Blue fans!