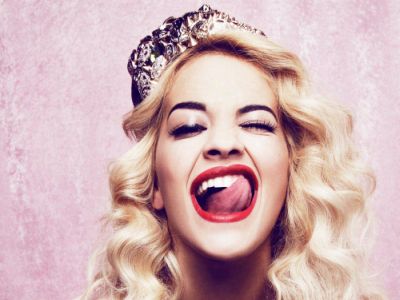 Rita Ora had a sensational year in 2012 and now announced her “Radioactive Tour” for the beginning of 2013.

The artist, who is singed by The Roc Nation and Columbia, had three No.1 singles in 2012. Rita Ora featured DJ Fresh in her first No.1 single “Hot Right Now” which was followed by “R.I.P” and “How We Do (Party).” “RIP,” was featured by Tinie Tempah and Ora recorded the video in Hackney, London. Her album “Ora” was released on August 27th 2012 and went straight to the top of the UK album charts. The release was celebrated by Rita Ora with an unforgettable performance at Jay-Z’s Made In America festival. Since, Rita Ora has become one of the most exciting new artists to break through this year.

In 2012, she also supported Drake and rock giants Coldplay on tour and played at every major UK festival such as the Hackney Weekend, Wireless, and the Capital’s Summertime Ball. Ora also became a guest judge on the The X Factor. Rita was supposed to support Usher on his Euphoria UK tour next year, but the Tour was cancelled due to filming commitments on The Voice US.

However, now, Rita Ora announced her own live set for 2013. A eight date tour that will start on January 28th in Manchester before hitting Newcastle, Glasgow, Sheffield and Cardiff. Tickets go on general sale at 9am Friday 7th December.