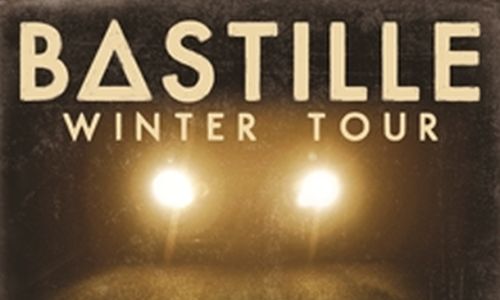 30.08.2013. Bastille announced six extra dates for their “Bad Blood” tour after selling out most of their dates within second. Now, Bastille will play the additional gigs in Edinburgh, Manchester, Plymouth and London in February and March 2014.

The added dates will be played in March 2014 and end with a massive gig at Alexandra Palace in London on March 6th. The single “Pompeii” has gone through the roof and became number two in the UK charts. The debut album “Bad Blood” was released in march 2013 and was number 1 album in the UK.

Bastille had a successful summer playing at Glastonbury festival and ending in a massive finale at Reading and Leeds Festival. Bastille tickets are available now:

10.05.2013 Bastille return and announced there autumn tour after a sold out “Bad Blood Tour”. The autumn tour will be there biggest tour to date and include 15 cities across the UK.

Bastille are an indie synth-pop band from Southampton formed in 2010. The band is signed by EMI record label Virgin Records and released their debut album “Bad Blood” in March 2013. The album reached number 1 on the UK Pop Music Charts and was declared a UK Silver record. The group’s breakthrough single from their debut album was the track “Pompeii“. It reached number two in the UK music charts and the bands first number one in Scotland.

The group is currently working on their follow up sophomore album, which is expected for release later in 2013. The band has performed at many well known and popular music festivals around the world. The band are also supporting Muse on their “The 2nd Law Tour” and playing various music festivals such as Glastonbury and the Leeds and Reading Festival.

Their biggest tour to date started in February 2013 where they performed 16 dates. The band are about to head out on a 15 night tour in October, starting on the 7th in Bristol, and heading across the country with 2 nights at London’s 02 Brixton Academy and finishing on the 4th November in Southend Cliffs Pavilion and stopping off at Newcastle, Manchester, Leeds, Norwich, Nottingham, Birmingham and more! With none of these venues holding more than 2000 people these are set to be shows that will blow fans away!

Tickets are on sale now, with these shows being a must see of 2013 as Bastille are set to be heading to bigger and larger venues in the near future! So for a smaller show get your tickets now!