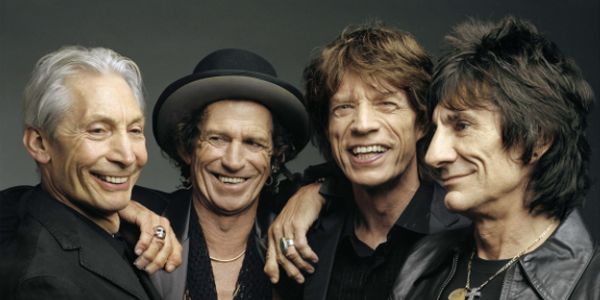 The Rolling Stones are back! After their tour earlier this year, the English rock legends announced a one off gig at Hyde Park on July 6th.

The Rolling Stones return to Hyde Park for the first time on 44 years. The first gig at Hyde Park was on July 5th 1969, only two days after founding member Brian Jones drowned in a swimming pool and passed away. The gig was the live debut of his replacement guitarist Mick Taylor and was attended by over 250,000 UK fans. Guitarist Keith Richards said, there will be “some emotion involved” in this years gig at Hyde Park. He added: “think it’s a celebration. I think that it’s a celebration for everybody really, for Brian, for everybody that was there and hopefully for loads of people that were not there the first time round.” The Rolling Stones also announced that they will headline Glastonbury this year.

The summer shows follow the five 50 year anniversary gigs they played last year. Mick Jagger and co are excited about the gig and said in an interview: “We had such a great time playing the five concerts last year, we want to keep it going. Hyde Park holds such great memories for us and we can’t think of anywhere better to perform to our UK fans this summer.”

Tickets for the Barclaycard Presents British Summer Time Hyde Park gig go on general sale on Friday. As well as the Stones, Bon Jovi and Kaiser Chiefs will play the same festival on the night before.

The legendary Rilling Stones are back with their new album “GRRR!” which was released on 12th November 2012.

The Rolling Stones are an English Rock Band that formed in 1962 in London. The Band released their first album ‘The Rolling Stones’ in 1964 which went straight to number one in the UK top 40, and have released 22 studio albums in the UK, 24 in the US and are one of the most significant rock bands worldwide. Some top hits include; “I can’t get no Satisfaction”, “Love Train”  and “Start me up.” Over the years, there has been many members. The current members are:

Two of these people are original band members, with Charlie watts joining the band a year after its formation in 1963 and Ronnie Wood joining in 1975. Since the two members joined the band they have had nothing but success, being placed in the top 5 in the Rolling Stones Magazine “100 Greatest Artists of All Time” and selling an estimated 200 million sales worldwide.

If you’re a fan of rock, or a fan of The Rolling Stones, this is a gig not to be missed, the band has so such history and to be there at the 50th year anniversary tour would be amazing or make the perfect gift and there are only two dates in the UK so tickets are will be in short supply so buy them now while there still available!