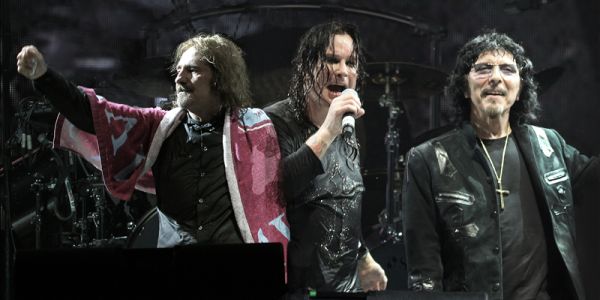 Black Sabbath have announced a UK tour this winter to celebrate the release of their new album “13” which is set to be released early June.

This is the first album the band have recorded together since ‘’Never say die’’ in 1978. The tour will feature original members Osbourne, Tony Iommi and Geezer Butler, although original drummer Bill Ward will not appear following a high-profile inter-band dispute.

The Birmingham band start the tour at London’s O2 arena on the 10th December, and then head across the country including Belfast on the 12th, and finishing the 6 night tour in their home town of Birmingham on the 20th.

The band are also heading to America, Japan, New Zealand and Australia, showing all fans that they’re back with a bang. Black Sabbath are one of the most influential rock bands of all time. According to the Rock and Roll Hall of Fame, “The success of their first two albums ‘Black Sabbath’ and ‘Paranoid’ marked a paradigm shift in the world of rock. Not until Black Sabbath upended the music scene did the term ‘heavy metal’ enter the popular vocabulary to describe the denser, more thunderous offshoot of rock over which they presided.”

The tour launches November 20th in Helsinki, Finland, and will keep them on the road until December 20th finale in the band’s hometown of Birmingham. Along the way, the group will also make stops in Sweden, Norway, Denmark, Holland, Germany, France, Italy, the Czech Republic, Ireland and Scotland.