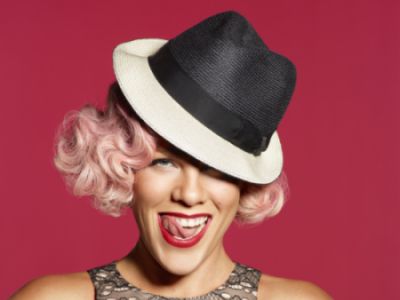 Pink announced her UK tour on Capital FM and said: “Hey Capital, this is Pink and I’m here to tell you about my new tour – it’s going to be in the UK next April and it’s going to be amazing.”

Pink is an American singer-songwriter who came to fame in 2000 with her first single release, There You Go. The self-proclaimed tomboy/punk has never been afraid to express her more adventurous side, a quality that continues to ring true throughout her career.

Boasting a lifetime of critical acclamation and great commercial success she re-enters the periphery of our musical scope with her latest release – The Truth About Love. This billboard-topping album, released in September 2012, offers what you would expect from a veteran Pop Queen who knows her way around a good hook. Receiving positive praise since its debut it’s easy to be drawn in by this vibrant and rewarding collection of chart-worthy hits, especially including the first single from the album, Blow Me (One Last Kiss).

It is her first arena tour since her massive “Funhouse and Summer Carnival” tour back in 2009 and 2010. Pink’s “Truth About Love” tour kicks off on April 14th in Manchester before she hits Birmingham and London with her exuberant, over-the-top live performances.