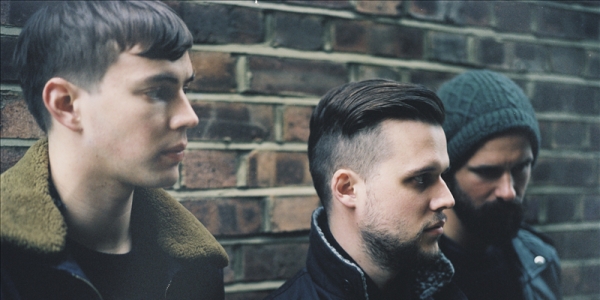 The White Lies announced their UK tour in December 2013. The White Lies tour will include 9 dates in the UK including the O2 Academy in Newcastle, Bristol and the Roundhouse in London. White Lies tickets are available now.

The White Lies tour will start on December 3rd at the O2 Academy in Newcastle followed by Glasgow, Manchester, Nottingham, Bristol, London and ends at the HMV Institute in Birmingham. White Lies released their latest album “BIG TV” in August 2013. The first single release from the album was “There Goes Our Love Again.”

The band rose to fame in 2009, which has culminated in them playing on the Main Stage at this year’s Reading and Leeds Festival. Their third album “BIG TV” has gotten good reviews so far, with it being described as having a heavy arena sound, which will be well received by the fans.

White Lies have had numerous comparisons since their formation in 2007, most notably, Joy Division, Interpol and The Editors. Although they dispute these links and say their style is more upbeat and uplifting, the band do cite that Talking Heads and The Secret Machines are some of the main influences in their musical style as well as their song writing techniques.

The tour will be supported by Frankie Rose throughout as well as sets from In The Valley in the Glasgow, London, Manchester and Newcastle performances. If you are into the indie-punk genre and want to see a band who still have plenty to achieve and are going to keep getting better, going to see White Lies is something that you will not regret.