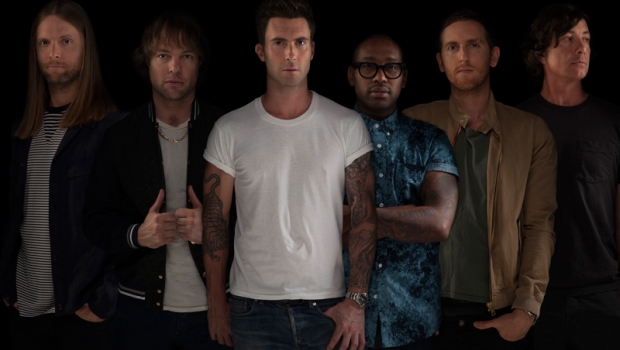 The US Rock band will kick-off the UK Tour on May 26h at The SSE Arena Wembley in London, followed by a concert in Birmingham and the Phones4u Arena in Manchester.

Adam Levine and his band recently released their fifth studio album “V.” The album features hit singles such as “Maps” and their brand new single “Animals.” Maroon 5 will be supported by Reggae band Magic! and Nick Gardner. Rolling Stone raved about the new album saying: “The 11 songs are precision-tuned and lustrously polished, jammed with hooks and choruses’ in their glowing 4* review.”

Maroon 5’s breakthrough came in 2002 with the debut album “Songs About Jane” which featured world hits such as “Harder to Breathe”, “This Love” and “She Will Be Loved.”

The band is known for their explosive live shows and Adam Levine will make this UK Tour something truly special for any Maroon 5 fans. Get your Maroon 5 tickets now for all UK concerts 2015.